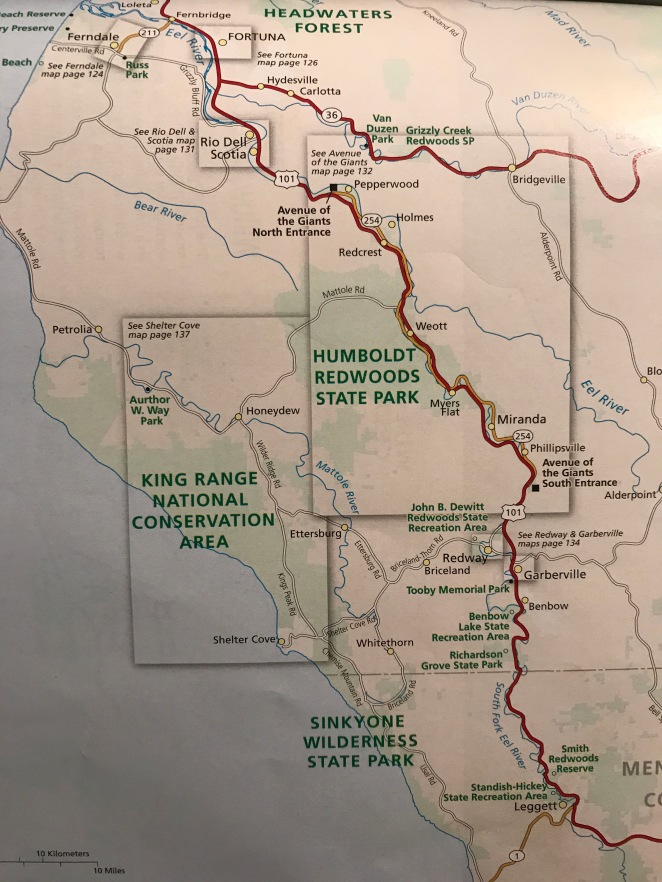 What is isolation? That is, in the physical sense. My friend Vince told me of the Lost Coast before I departed on this expedition and that it was well worth the experience. He rode it a couple years ago as a destination bike trip. He however missed the extension of this route which continues out of Honeydew on the Kings Peak and Usal roads for another sixty miles. We were curious what this whole thing was about. So, as a common phrase Alexia and I pass back and forth, “Gotta go to know.”

The “Lost Coast” was named after the area experienced depopulation in the 1930s. In addition, the steepness and related geotechnical challenges of the coastal mountains made this stretch of coastline too costly for state highway or county road builders to establish routes through the area, leaving it the most undeveloped and remote portion of the California coast. This sounded very intriguing to us and with a bit of grit (literally and figuratively) we would reap the rewards.

Day One: Being sent off with Snickerdoodles from Marc and Leah Daniels of the Mind’s Eye Coffee Lounge and Manufactory in Ferndale, we hit the ‘Wildcat’ (Mattole) Rd. For six miles up and around and switch-backed until it seemed like we summited only with one, maybe two more miles of meandering. It was, at this point, the most grueling hill I’ve ridden. It’s a real real mindbender when coming upon a turn with the thought of it leveling out for just a bit but seeing the road serpentine 2-3 more switchbacks. After viewing a mountain lion, petting horses, and enjoying lunch by Bear River, we were greeted with the worst hill right outa Capetown. Not long, but steeper than before. The descent to the coast put the brakes into hyper-over-use; gravity and weight put the heat on. The creek at the bottom of the hill was on private property and access would have been a long walk back from the beach. As we road along the Coast, we came upon Jesse, a surfer and grower. I asked if he had another board, which he did back in Petrolia. He was coming back in a couple hours and would bring it. He also mentioned that the Driftwood Shack we were standing by was built by his buddy, was secure, breaks the wind, and is seldomly used. “Feel free to stay in it.” So, Alexia and I filtered water from a nearby stream and set up camp. Jesse showed later with a 7’6″ and we surfed the slow and heavy waves next to Old Man Rock. He invited us to see his grow operation the next day if we crossed paths in town. Alexia and I were so beat we crawled into our bags around 7:30. As the clouds cleared the stars came out in force and the Milky Way spread from the horizon of the Pacific Ocean across the night’s sky. 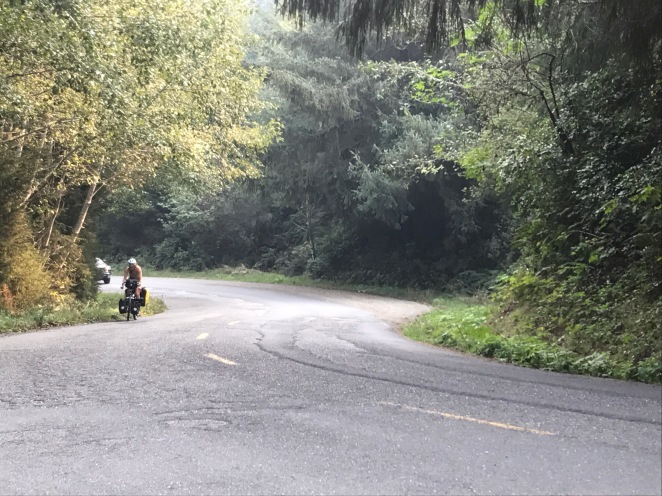 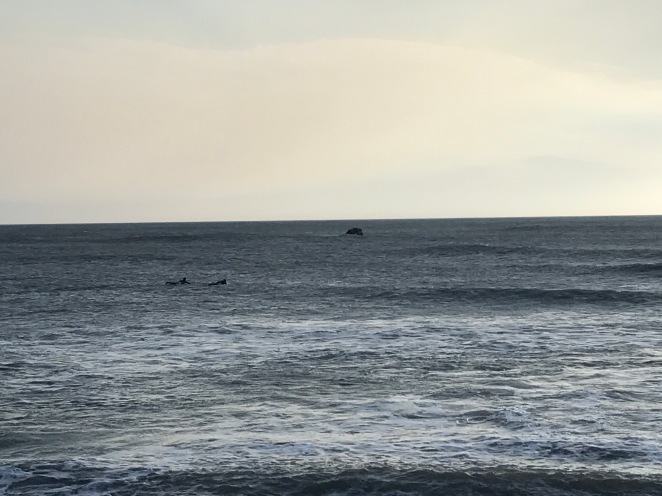 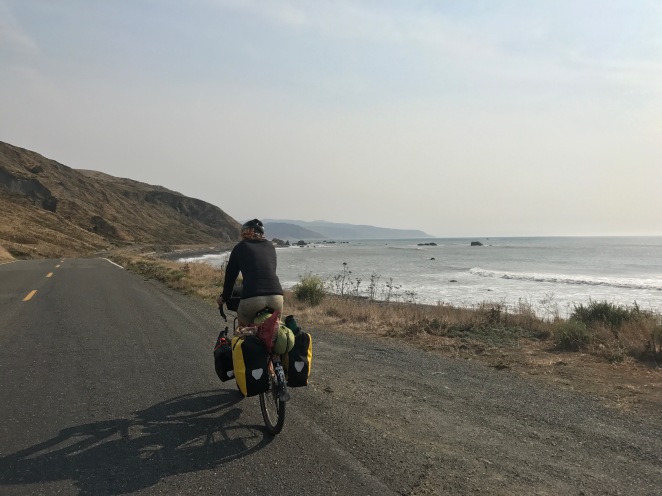 Day Two: The coast road from the shack was lovely but short lived. The hills began to Petrolia. Although we didn’t run into Jesse, the cool little town with it’s Post Office/ General store, Fire Dept and little cottages reminded me of Ward, CO. One road in, and out. Tie-dyed sheets hanging in windows, worn out vans, stray dogs, and the ever-present scent of ripe bud in the air. More hills on to Honeydew with the thought of camp and rest in the very near future. Once there, the general store had thirty+ people hanging out to get on trimming jobs. A few provisions in tote, we biked to Honeydew Creek campground which resembled a run down gypsy village. There were people from Spain, Germany, Wales, England, US, Czech Republic, Argentina, France and quite a few dogs. When the money to be made trimming bud is so great the calling for this work ripples across international currents. 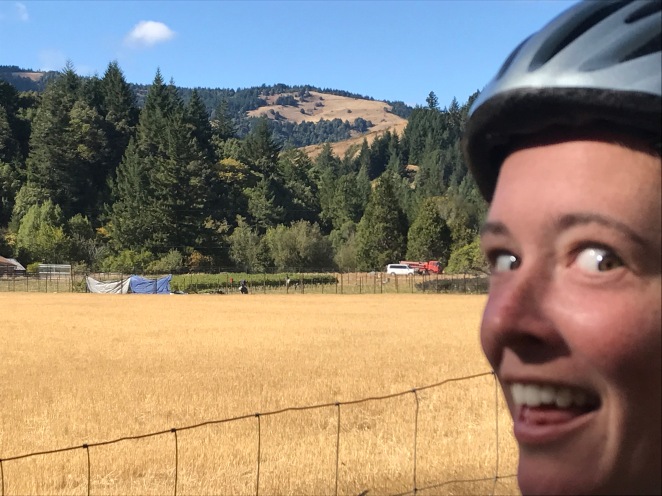 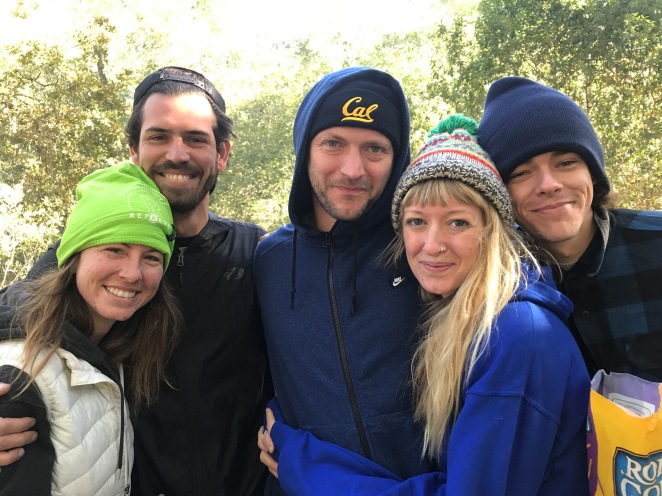 Day Three: After we spoke with a group of trimmers about wages, work conditions, their homes, pinky was filled with Mr. Nice and we were on our way up, yet again, another gnarly set of hills for six miles. We took the right on to Kings Peak road for another twelve miles. This decision was the beginning of the treat; it was unpaved, rutted, dirty, dusty, steep switchbacks, and loose gravel. It was an everlasting twelve miles of the smell of pot! If only technology could capture smells. We made it to the top of the junction at Shelter Cove Rd when a local guy said “if we haven’t been there we should stay for the beauty, but be careful on the road down, it’s steep and traffic doesn’t expect cyclists.” You could light his breath on fire from the alcohol. He then passed us on the way down honking his horn. The brakes took a beating again in the near two mile, 1900ft descent. Another man, Tom Kopf, stopped us and said, “Holy shit, now that is an adventure!” He offered his yard for us to set our tent, but after chatting for a short while he offered his spare bedroom and shower.

Day Four: In Shelter Cove and giving ourselves a Day Off. Although we rode through town to a couple of the natural attractions, we chilled for the most part. We had coffee and croissants at the Fish Tank. Here, I read an article in The Surfers Journal about one of the last great watermen, Bud Hendricks. During one of his escapades he was asked by a guru, “Who are you?” His response, “I’m an Abolone hunter, shaper, Marine, Schooner pilot, Matador, bronze sculptor, bird photographer. “The guru stated, “That’s what you are!” Bud thought for a moment and said, “I’m a human being.” I’ve been intrigued with old guys like him. I also pondered what is it to be a human being? I often ‘do’ and seldomly ‘be’ so does that make me a human doer? This has been an ongoing thought and struggle of mine for years.

This town is isolated. It’s a long shot from Highway 1 and down a crazy steep road. The locals are fishermen, growers, trimmers, painters, construction workers, laborers. Most everyone has done, or still does a mix of all. For the Cali coast the homes are actually affordable, and they’re good sized, most with an ocean view. There is one bar, a Brewery being built, one coffee shop, two to three dining options, a well stocked but pricy general store, and a block from the ocean cliffs an airstrip. It’s quite the thing to park your Cessna walking distance from your front door. 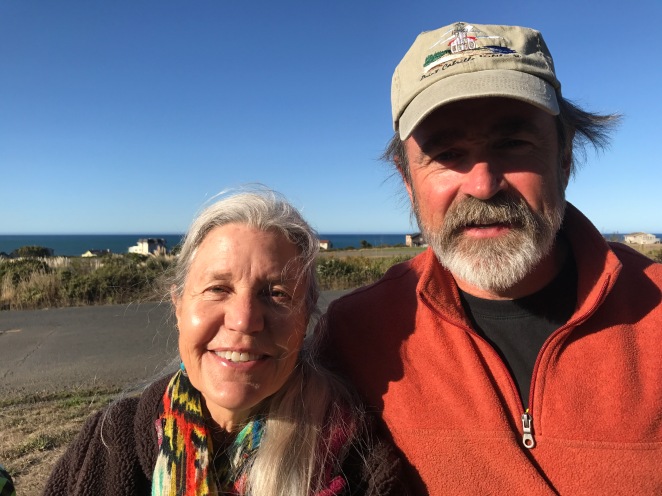 Day Five: Having coffee on Tom’s porch and contemplating our next step, his neighbors stopped by with more coffee and muffins. They were giving us the scoop on local topics and work in the area. Tom showed and offered us a ride to the top of the hill. Considering the 2.3 miles up, no shoulder, fast driving locals, and not safe conditions to let Fitzroy out of the trailer, we were more than accepting of his offer. We said our “see-ya-laters” and rode to Wailaki CG for a peaceful nights rest.

Day Six: The four and half miles to Usal Rd was cool, smooth and shrouded in redwoods. Then our world as we knew it changed dramatically. Sure, we could have stayed on the pavement and loop around to Redway, but that was way too long. Instead,  we took the metaphorical ‘Bull by the horns’ and went for a ride. As with anything challenging and worth doing there is usually some glimmer of accomplishment. Yes, when it’s all over, but we just began. And there wasn’t a glimmer of anything but pure grueling, thigh-grinding, body-pounding ruts, rocks, ravines, branches, hills, switchbacks for the next solid twenty miles…and it was enjoyable. Even Fitzroy gave a slight expression of joy while trottting with us. This is isolation, or at least  what our bodily senses were experiencing. Space, cool breezes among giant redwoods, sabres of light, sea and forest scents wafting, sweat, muscle pulses and strains, all moving through a lost and beautiful environment. 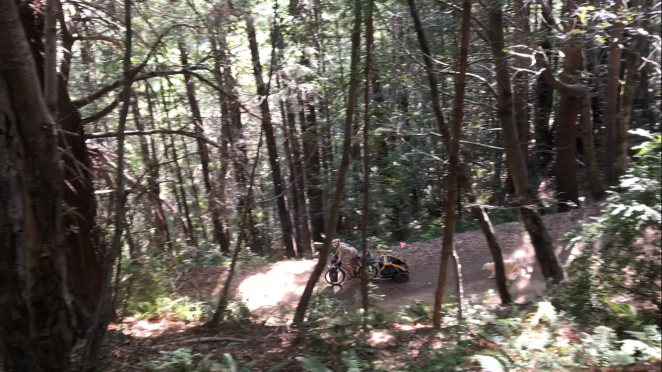 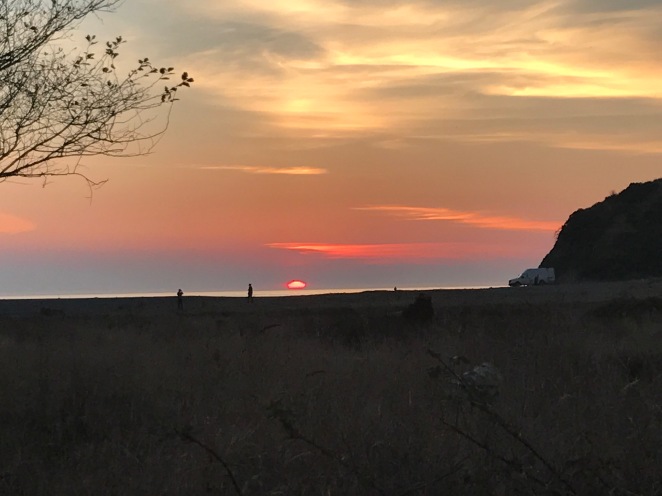 Day Seven: The first seven hundred and fifty feet were a rude “good-morning!” So steep and unconsolidated there was no more pedaling. Pushing, slowly advancing foot by foot, no purchase between Chaco tread and loose aggregate it seemed a relentless attempt. Finally,  a crest in the road. The payoff were nice rollers to the seamlessly never ending down to Highway 1. Here we were met with dump trucks coming and going posing a problem being there was no shoulder. Although nicely paved this is a coastal road along a dramatic geologic divergent zone. There are hills and vistas and views north where we were, and south to where we are going. The Lost Coast is isolated, so much it makes the adventure of the mind, body, and soul worth the challenge, to look deeper inside, push beyond physical limits, and discover some latent mental stamina. 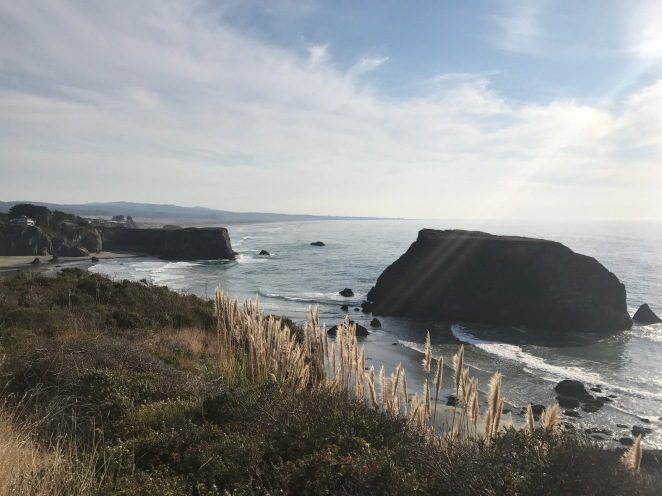 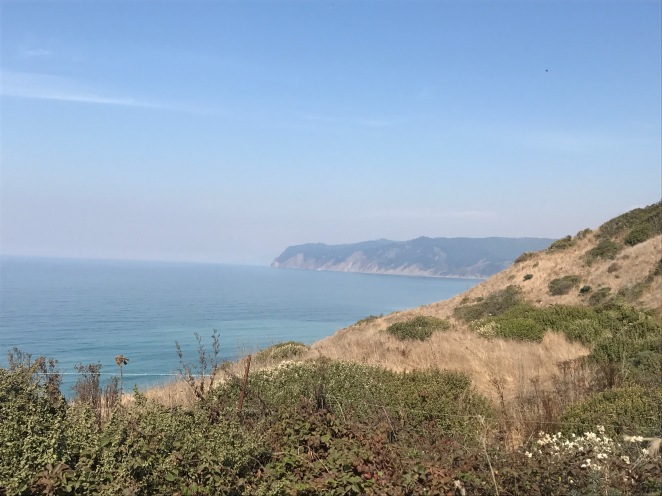 2 thoughts on “The Lost Coast Experience ”

Tell us what you think Cancel reply